Excelerate’s emergency communications solutions have been highlighted in a recent article in Engineering and Technology magazine.

Reprinted with kind permission from Engineering and Technology magazine, March 2013.

Mobile communications have become integral to how emergency services respond to major incidents. The aftermath of the 2005 7/7 London terrorist bomb attacks saw mobile phone networks overloaded and network operators forced to initiate Access Overload Control (ACCOLC) to prioritise emergency calls. Unfortunately many key emergency personnel did not have ACCOLC-enabled mobile phones, and paramedics using SMS as part of the service’s basic communications strategy could not get their messages through either.

During Hurricane Katrina in the US, which struck the following month, it was almost impossible for those in the eye of the storm and its aftermath to reach the outside world until the National Guard shipped in two satellite communications vehicles. On Black Saturday in 2009, Australia experienced the highest ever loss of life from a bushfire to date, as 173 people died and 414 were injured. The heat of the fires also melted the radio and telecoms infrastructure.

Post-incident enquiries over the last decade have shown time and again how communication networks are vulnerable to collapse during major emergencies; but as subscribers to Vodafone NL found when Vodafone’s mobile phone network centre in Rotterdam in the Netherlands caught fire in April 2012, even comparatively small-scale incidents can disrupt services for days afterwards. The last decade has witnessed developed countries experience, and be affected by, natural disasters, such as hurricanes, tsunamis and earthquakes, and by manmade disasters, such as terrorism, civil disorder and food-borne contagions.

Communication is of course vital in any disaster, and while it is essential for the public to be in touch with family and friends, it is crucial for the emergency services, be it police department, fire department or medical services, to have resilient communications between one another to ensure public safety in volatile situations.

As a result, ‘resilience’ and ‘failover’ have become the buzzwords for those in charge of maintaining communications in the event of a crisis. Resilience, in simple terms, means having a ‘plan B’ in place if part of the public communications infrastructure fails.

Failover is when this back-up plan takes over successfully. “The more automated the process is, the better and the more plan Bs you have, the safer you are,” observes David Savage, CEO of Excelerate, a UK company that has pioneered the provision of satellite broadband communications for emergency command and control vehicles.

Excelerate is at the sharp end of crisis communications technology, buying unshared geostationary satellite capacity direct from the satellite owners so that it can deliver guaranteed bandwidth to the UK emergency services. To date it has 120 satellite-enabled command vehicles deployed around the UK and has also recently fitted its technology to vehicles owned by the Country Fire Authority (CFA) in the state of Victoria in Australia, where bush fires caused such devastation in 2009.

“Satellite is the only way of guaranteeing bandwidth availability wherever you send people or vehicles,” says Savage. “The sole limitation is line-of-site. As long as you can point your satellite dish to the right bit of the sky, it works.”

Satellite comms for the Olympics

Satellites rarely fail completely, but in the run up to the London Olympics, an event considered a potential target for terrorists, Excelerate took its technology to the next level by setting up what it claimed to be the UK’s first resilient satellite communications network for emergency services, with guaranteed failover support. Excelerate’s system, which is now available to all its emergency service customers, provides access to two separate Ku-band satellites, which feed down to and transmit via two UK satellite ground-stations in different geographical locations. (Ku-band is a portion of the electromagnetic spectrum in the microwave range of frequencies.)

A redundant fibre-optic ring links these two stations so if the first fails there is a back-up. The company also has capacity in a ground-station in Germany on standby if needed. The network is managed in real-time, via the company’s virtual network operations centre, ensuring that there cannot be one single point of failure in the connection to broadband, even if a pandemic or other national disaster occurs.

Once broadband satellite communication is established, a command vehicle can become a complete communications hub in minutes supplying everything from a RapidNet secure private GSM network for personnel on the ground to a robust COFDM (coded orthogonal frequency division multiplexing) wireless peer-to-peer ‘mesh’ network for communicating with laptops and body-worn video cameras. “Kent Fire Service, for example, can now walk 12km into the Channel Tunnel and transmit perfect video wirelessly using this technology,” Savage says.

Video was used in this way in 2010 during Exercise Orion, the UK’s first live European Union civil protection exercise. Led by Hampshire Fire and Rescue with groups from across Europe, fire and rescue services were faced with a collapsed apartment block, motorway bridge, and a ruptured underground oil storage depot with hundreds of casualties trapped and injured. UK Broadband supplied the wearable helmet-mounted wireless video cameras, which were a single unit complete with batteries, an MPEG-4 encoder and COFDM radio technology.

Many different communications technologies were used during Exercise Orion, but it turned out that a variety of options can create problems as well as providing resilience. One of the ‘take home’ messages was that with no single network or frequency for all teams to communicate on, they were in effect operating virtually in isolation, which while enlightening, was not ideal in tackling real-life situations.

Software like Excelerate’s recently developed Digital Dashboard Management Interface (DDMI) is probably the way forward for managing such incidents. “If a call comes into the vehicle via the satellite but the person they want to speak to is 800m away on a UHF or VHF radio, the vehicle operator can drag and drop icons on a screen to connect the two parties. It’s as if they are all using the same technology,” explains Savage. The DDMI can also be viewed remotely back at base in real-time if necessary. The UK Department of Health and Ambulance Service’s national Hazardous Area Response Team (HART) programme is one project with a number of specialist vehicles using this integrated communication technology.

Filling in the network gaps

Working off frequencies around 400MHz, Tetra can operate independently of the network in RF walkie-talkie mode for local handsets and allows in-building coverage. Resilience is built into the network: if a Tetra network switch is destroyed, there is a second ready to take over, each with its own power autonomy; base stations have power autonomy too, many with the ability to run for days without intervention.

Tetra capacity is driven by numbers of simultaneous conversations not numbers of users: therefore even during the August 2011 London civil disturbances the 16,000 users suffered at worst only a few seconds delay for calls to go through, according to Airwave. For anyone first on the scene of a serious incident, pressing an emergency button on the handset immediately opens up the communication channel whatever their previous priority status, and shows where they are using GPS. This sudden and dynamic change in hierarchy is not so easily available on standard mobile telecommunications networks.

However, before and during the 7/7 bombings, Tetra coverage in the London Underground was limited. So on the day of the bombings, Airwave drove an emergency response vehicle into London to provide coverage to a number of the affected Tube stations as soon as the emergency services declared it safe to do so. These vehicles split into two parts to provide capacity in two separate locations.

“You drive to the first location, remove and set up half the equipment and then drive to the second location and deploy the equipment on the vehicle,” explains Airwave CTO Euros Evans. “In central London where it is difficult to get satellite coverage because of the buildings, we use a pump-up mast to pick up a Tetra signal from a base station on a distant base station cell in our above ground network. It is not the base station serving the incident area, but a little further away so as not to interrupt capacity at the scene. We bring that signal into the incident area and rebroadcast into the Underground.”

Airwave extended its Tetra network into the London Underground shortly after 7/7. This resulted in increased coverage for the British Transport Police, Metropolitan Police Service, and City of London Police, enabling communication using the same radio network. The project was split into three phases: ALU1 concentrated on providing Airwave coverage to all 125 participating Underground stations which was completed in 2008. Phase ALU2, completed in 2011, involved providing coverage into the train tunnels on the Tube network which are not interconnected with stations that are underground; for instance, the District and Metropolitan lines. The last phase, ALU3, saw the Home Office put aside extra budget to increase capacity in busier Underground stations, which was installed just in time for the London Olympics.

Back to broadcast basics One surprising innovation in respect to crisis communications is the return of the pager. Historically, wide-area national paging networks provided a reliable low-cost, one-way broadcast mechanism for delivering emergency alerts. With the advent of two-way mobile SMS messaging, paging became less fashionable. Now highly integrated 21st century pagers with two-way messaging and GPS location ability are viewed as efficient overlays to other types of communications networks. Two-way pagers using the Tetra network, for instance, have become available in the last few months.

“If you are trying to dispatch volunteer fire fighters, for example,” says Evans from Airwave, “when you send a signal, you can know instantly whether certain people can attend or not.”

“One of the lessons from 7/7 was not to rely on any one network in an emergency. While there is a lot of fancy new technology out there, for those involved in the dirty end of responding to emergencies, you want something that works,” comments Nigel Gray, director of PageOne, which last year launched a two-way paging service that uses its national paging network (around 153MHz) for the outbound message and the mobile data network as the reply path (returned over either GPRS or GSM).

PageOne also offers its customers a multi-mode messaging gateway, so a single message can be disseminated to people on pagers, mobiles, smartphones, email, and even landlines using text-to-speech.

The Cabinet Office has given special dispensation for the PageOne SIM cards to be enabled by default for MTPAS (Mobile Telecommunication Privileged Access Scheme), which replaced ACCOLC in 2009, so the CAT1 and CAT 2 responders, which are the emergency services and utilities companies, do not have to go through the authorisation process necessary for mobile phones. “Because the replies are very short bursts of data, they are not using up lots of network bandwidth,” explains Gray.

The London Organising Committee of the Olympic and Paralympic Games (LOCOG) was one of the first users of PageOne’s two-way pagers during the summer of 2012. 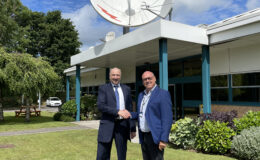 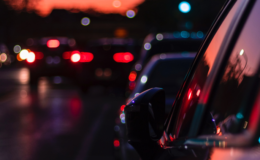 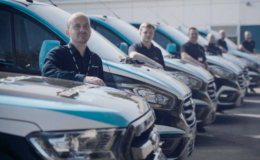 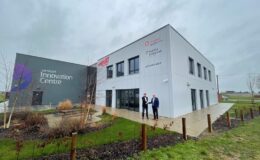 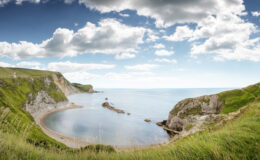